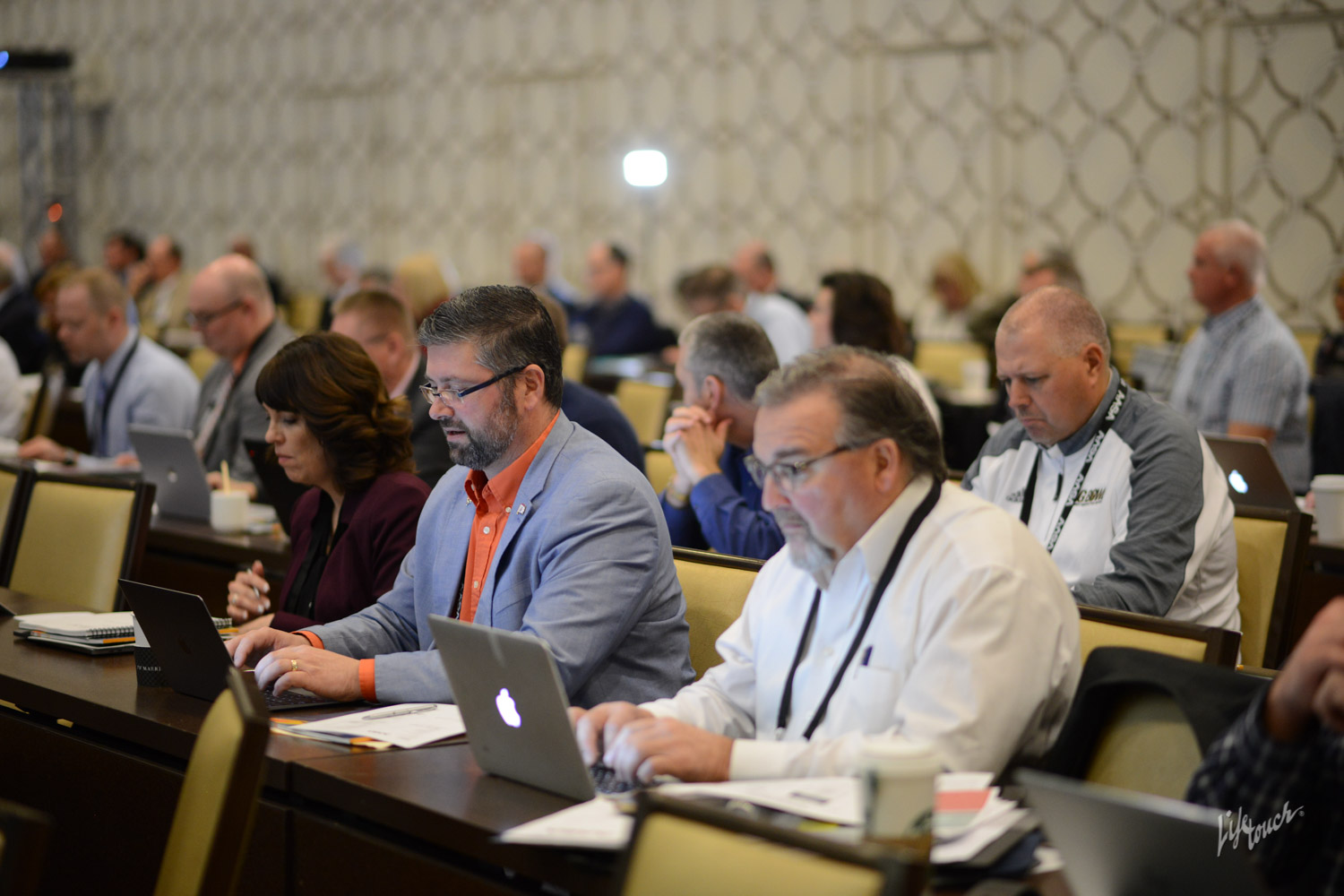 The AASA Governing Board, meeting in Los Angeles on Wednesday, adopted its federal legislative priorities for the coming year and approved the candidacies of two veteran superintendents as candidates for the AASA presidency.

About 90 members of the body, organized in seven geographic regions, participated in the daylong meeting at the J.W. Marriott. They also approved a measure to hold membership dues at their current levels and heard a detailed report on the state of the association from AASA Executive Director Dan Domenech.

The 2019 AASA Legislative Agenda serves as a set of marching orders for the public policy staff when promoting the legislative and funding interests of superintendents on Capitol Hill. The new agenda was organized by AASA staff into six categories, addressing such aspects as federal policy on equity, the proper balance between federal, state and local government, support for special populations and technology infrastructure and student data privacy.

Before the agenda was adopted by a wide margin, the Governing Board delegates engaged in spirited, hour-long floor debate over the wording of a measure that seeks federal policy on student discipline that is “centered on positive, research-based best practices.” Several delegates pushed for including language about banning all forms of corporal punishment. In the end, the board adopted the measure as written and approved one month earlier by the AASA Executive Committee.

In other matters, the Governing Board:

MyOptions, a company with a platform for college preparation and applications, sponsored the Governing Board lunch.