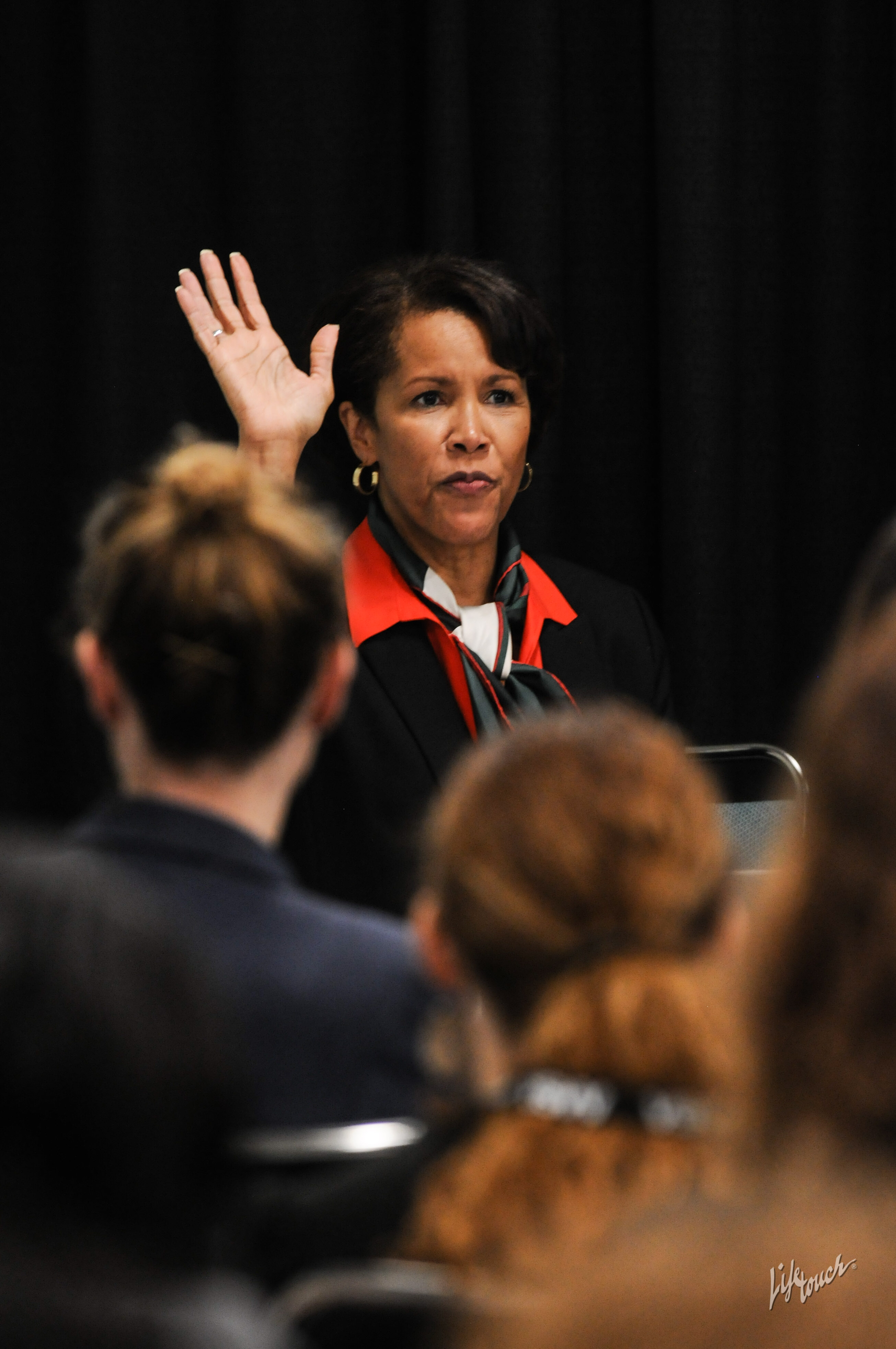 “The way to right wrongs is to turn the light of truth upon them.”

Sharon Contreras, superintendent of Guilford County Schools in Greensboro, N.C., recited that Ida B. Wells quote during an AASA conference panel on Friday titled “A No-Holds-Barred Conversation with Female Superintendents.”

Five women superintendents shared their personal experiences and offered advice on working in a professional field in which the highest leadership levels are male-dominated.

Christina Kishimoto, state superintendent of Hawaii, facilitated what she termed a panel program “for women by women.” Kishimoto, who said she has experienced pay inequity, presented data showing gender inequality in the U.S. education system.

Statistics she cited from 2018 showed 72 percent of teachers but only 14 percent of superintendents were female. Although the disparity is not as apparent at the state level, with 21 female and 29 male state superintendents, there is still a significant gap.

“It’s all about trying to find a balance of representation,” Kishimoto said. “You have to open the door in order to open conversations in honest ways. It’s hard to ignore once you start opening those doors.”

Addressing this imbalance is a matter of overcoming societal constraints and building a strategic career pathway, according to Barbara Jenkins, superintendent of Orange County Public Schools in Orlando, Fla.

“Women are giving and supporting by nature, but so many females are capable of doing the work,” Jenkins said. “Now, I have to tell the truth, stepping out of that supporting role was terrifying at first. But you have to bear that responsibility to show that you deserve to be there.”

Presenters also spoke of the self-doubt that many women in leadership roles face.

Having immigrated to America from Mexico at age 7, Lupita Hightower, superintendent of the Tolleson Elementary School District in Tolleson, Ariz., said she initially struggled with a lack of confidence and often heard comments that “made my blood boil.” She advised conference attendees to build a strong support system and “choose who to listen to.”

Similarly, Carey Wright, state superintendent of Mississippi, encouraged women to “be strong in your own self-awareness” and recognize the value of diversity.

As the first woman of color to become superintendent in Syracuse, N.Y.,  Contreras emphasized awareness of “intersectionality” and urged women in positions of power to help other women.

“Leadership is hard. For women, it’s like a labyrinth. If you don’t have friends who hold you and one another up, you may not make it,” Contreras said. “We have to consistently bring to light these inequities. The only way is by speaking the truth and taking power to action.”

(Sarah Aie is a junior at Walnut High School in Walnut, Calif. and an intern with AASA’s Conference Daily Online.)