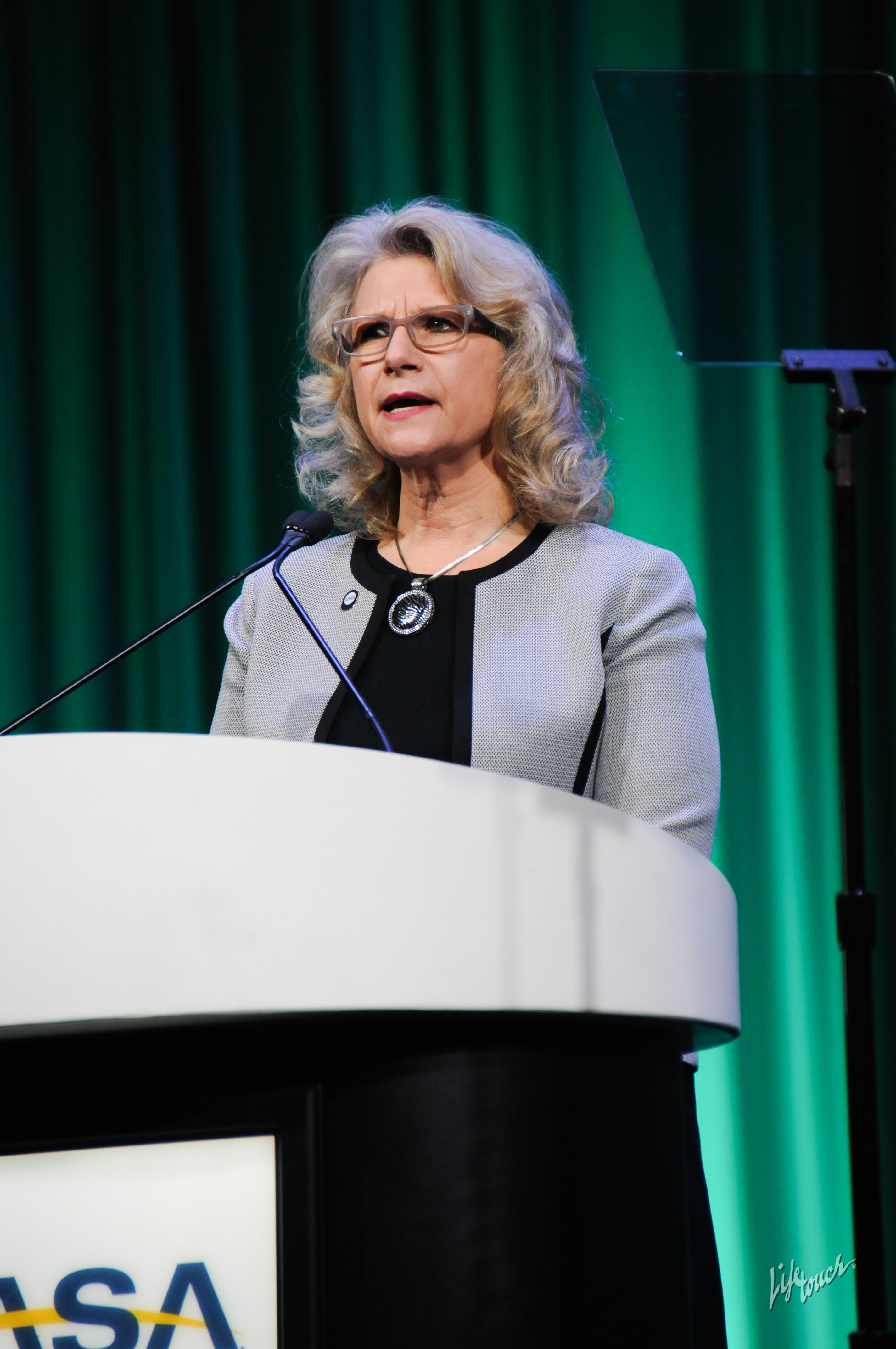 AASA does not overlook an opportunity to recognize those who served as the elected leaders in the past. At the conference’s 2nd General Session on Friday morning, 17 of the past presidents were formally acknowledged at the front of the assembly hall.

She added: “We have a great history, and we have built on that history from those who went before us.”

The past presidents in attendance in Los Angeles were: