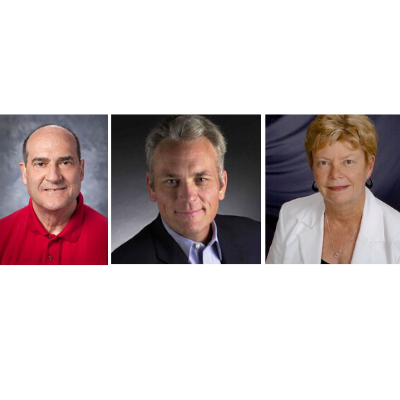 The Horace Mann League will recognize three outstanding individuals who have contributed to the success of quality public education at its 98th annual meeting on Friday in San Diego.

The Horace Mann League, a public education advocacy organization, conducts its meeting in conjunction with the AASA national conference.

Peter Smagorinsky, professor at the University of Georgia, for the Outstanding Public Educator award. Smagorinsky's research has been unified by a sociocultural approach to understanding literacy teaching and learning. A major strand of his research has been the study of composing process, including written and artistic compositions, and group discussions oriented to literary interpretation and interpretive texts.

The Rev. Charles Foster Johnson, president of Pastors Texas Children for the Outstanding Friend of Public Education award. Johnson founded Pastors for Texas Children, a statewide ecumenical organization mobilizing the faith community for public education support and advocacy. PTC has more than 2,000 faith leaders throughout Texas and Oklahoma. His child advocacy also includes service on the board of the Child Friendly Faith Project.

Martha Bruckner, executive director of the MOEC Collective Impact Initiative and a professor of educational leadership at University of Nebraska-Omaha, for the Outstanding Friend of the League award. Bruckner‘s role at MOEC guides improvement of education P-16 in the Omaha, Neb., area. She was superintendent of Council Bluffs Schools from 2007-16. She was past president of the Horace Mann League.

Jack McKay is the longtime executive director of the Horace Mann League.