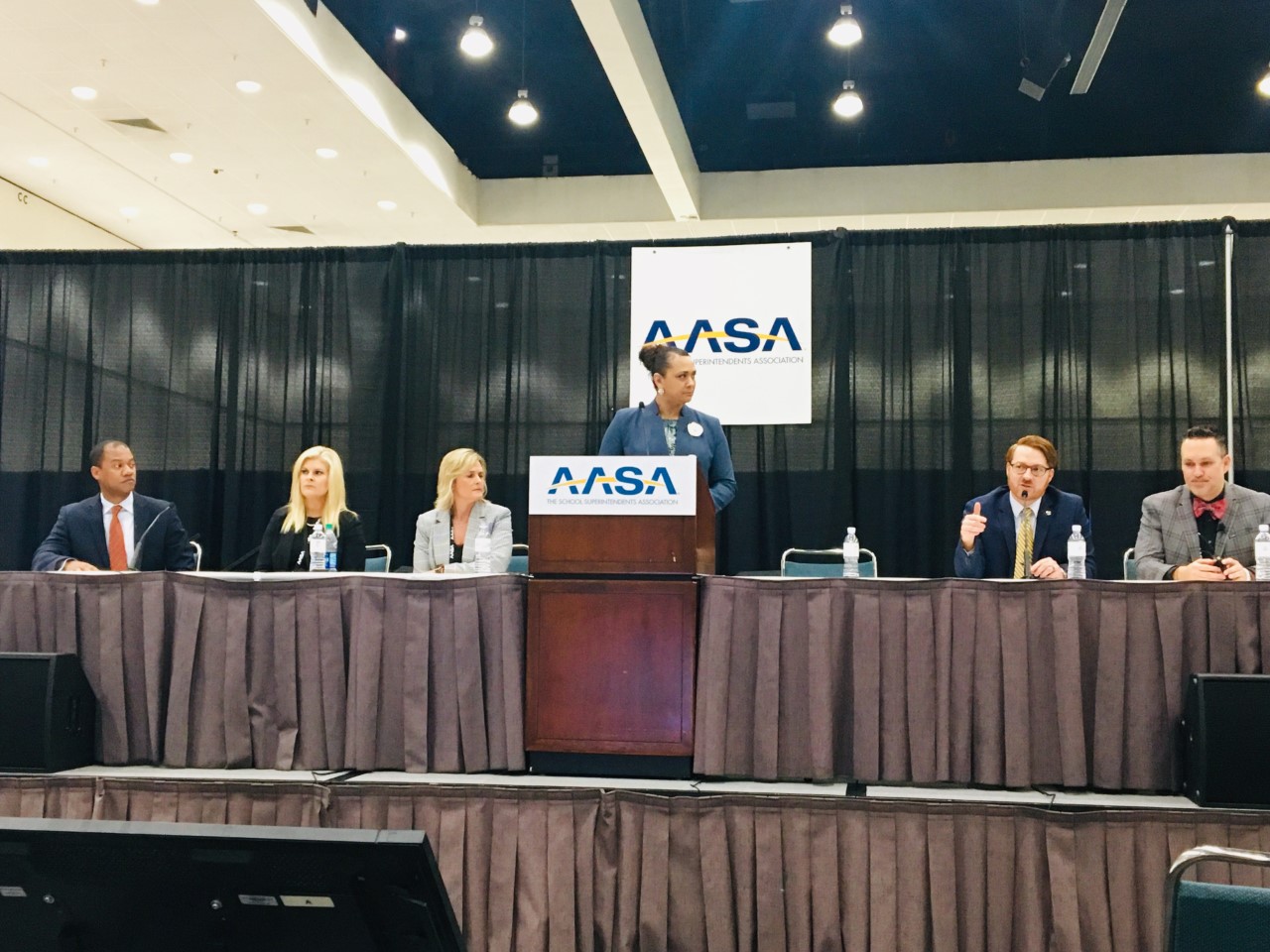 The message was clear to those sitting in the conference audience: If you’re not using social media to tell your story, then someone else surely is — and that story may paint a very different picture of your schools.

All on the panel actively use social media and shared their thoughts on how to best apply the tool for communicating student success.

Commenting on how to handle the negative remarks that can be found commonly on several of the social media platforms, Marczak was quick to point out, “You don’t need to respond to every comment that is posted, especially the negative comments. Continue to put out positive messaging.”

Marczak and Fowler agreed that school districts need to avoid putting policy in place that limits or forbids the use of social media. Orzel explained how her district uses students to train teachers on the use of social media platforms more familiar to the younger generation.  One hundred percent of the teachers in her district have Twitter accounts with about 80 percent of them actively using the platform to share stories of student success.

The panel touched briefly on the use of virtual reality and augmented reality tools as aids to instruction. Styles was clear in his message that any use of technology must be relevant to learning and support instruction.

The hour-long discussion wrapped up with comments from the audience, including a question on student e-mail.

April Grace, superintendent of Shawnee Public Schools in Shawnee, Okla., said all students in her district have e-mail accounts. Educators receiving e-mails from their students was a great way to interact with them and helped build connections with the students in their schools.

(David Mustonen is director of communications in the Dearborn Public Schools in Dearborn, Mich., and a reporter for AASA’s Conference Daily Online.)