AASA Executive Director Daniel Domenech uses the Governing Board in mid-February each year to deliver a status report on the condition of the association. He wasted no time in using the word “challenging” multiple times at the outset of his latest rundown on Tuesday, Feb. 16.

In a 45-minute report he titled “2020, A Year of Challenge and Change,” Domenech ran through the unprecedented demands placed on public school leaders for nearly 11 months now owing to the public health crisis. He noted the COVID-19 Recovery Task Force he formed last April with two dozen superintendent members had lately begun to monitor the mental health toll that’s been exacted, pointing to resignations and premature retirements of education leaders across the country. 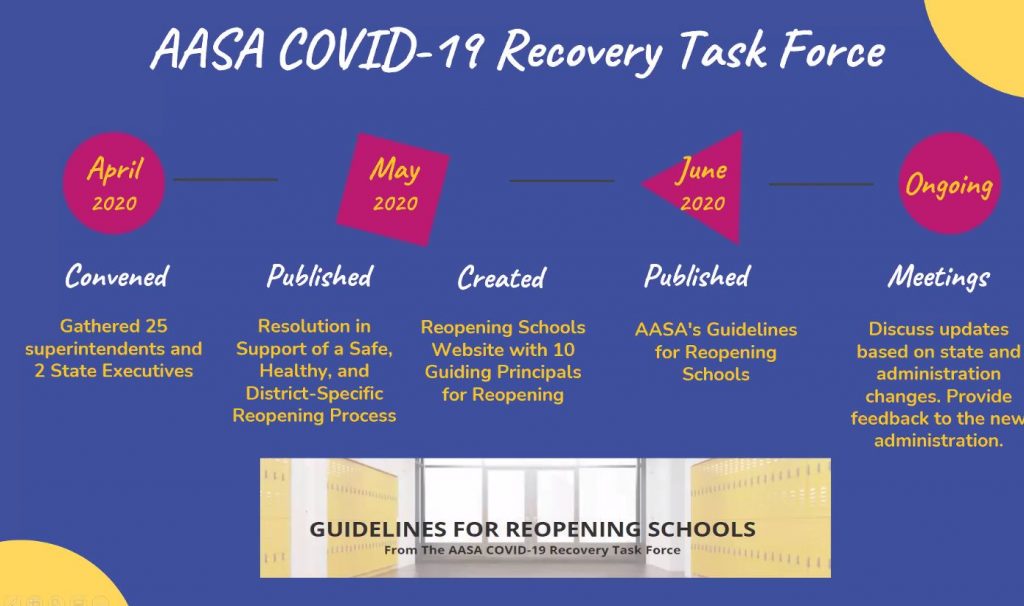 That task force has taken a leadership role since last spring, notably publishing guidelines with criteria for reopening closed school buildings when the federal Centers for Disease Control was slow to do so.

“The key issue from the beginning … was we were eager and anxious to open in person, but it first had to be safe for students and staff,” Domenech said during the Governing Board’s virtual meeting, which attracted about 120 delegates to the Zoom site.

Complicating the work was “a second pandemic” that he said consisted of inequality, racial injustice and systemic racism.

The association and its staff, mostly working at home, had shown admirable perseverance in their efforts over the past year, he said, in terms of membership strength, publication advertising, corporate sponsorships and the overall fiscal state. He admitted he was uncertain what might follow the decision to stage a virtual national conference this month, yet he was able to point to favorable financial signs in paid registrations (875 to date), exhibit hall sales and corporate support. As a result, he expects the two-day virtual event to make a profit, contributing to a positive bottom-line when the association’s fiscal year ends June 30. 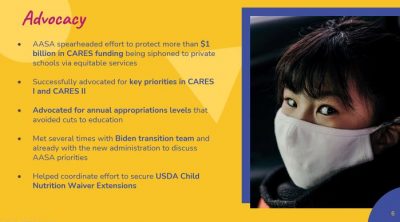 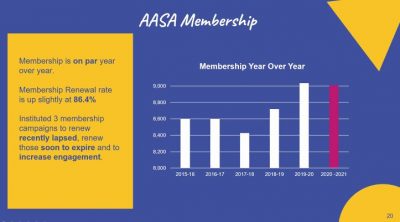 Domenech’s final point was forward looking. He shared the theme of AASA’s 2022 national conference as “Leading for Student-Centered, Equity-Focused Education,” and said he genuinely hoped to see faces in person, Feb. 17-19, in Nashville, Tenn.