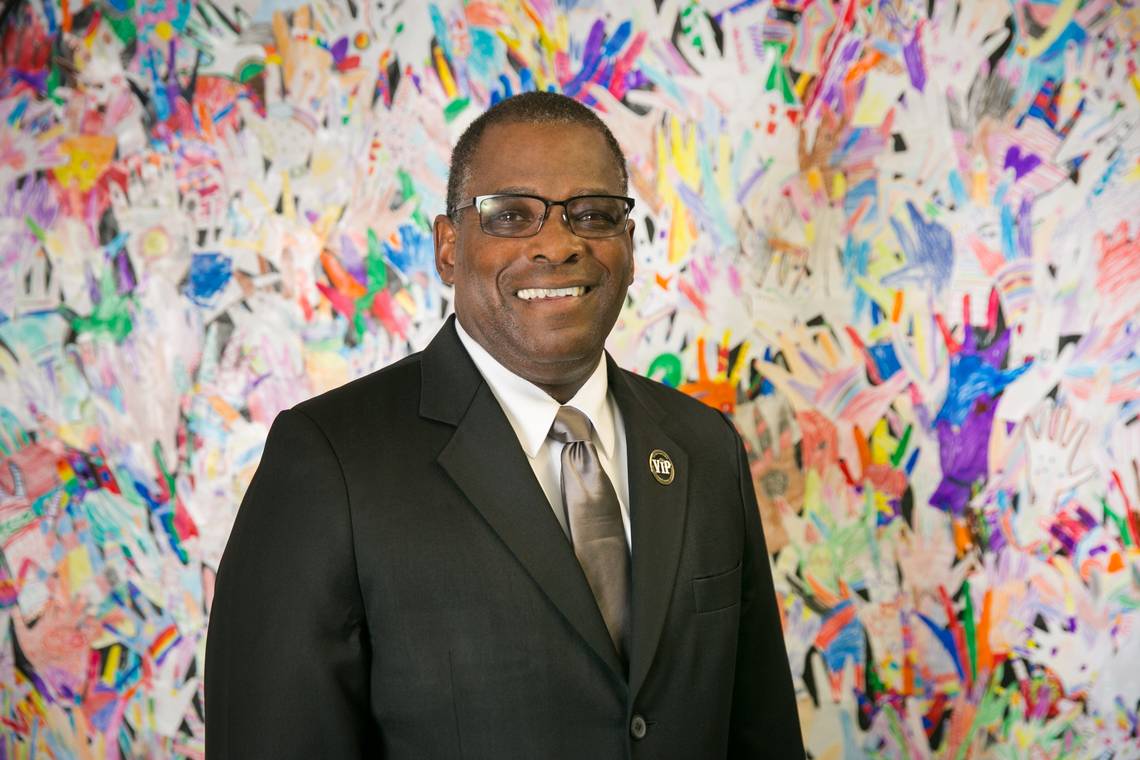 When business leader Roy Bibb sat down for lunch with the new leader of the Bibb County School District in Macon, Ga., he wasn’t sure what to expect. After all, Curtis L. Jones Jr. had spent 20 years as an Army officer, topping out at lieutenant colonel, before embarking on a new career in public education.

But the thing that struck Bibb – whose surname is coincidental with the name of the jurisdiction – was not the superintendent’s military bearing but his eagerness to listen closely to everything he said.

“I thought he was the most interesting guy at the table, but it appeared to him that I was,” says Bibb, president and CEO of the MidSouth Community Federal Credit Union and an active school partner. “I think that’s how he is at every opportunity with folks.”

“When you hear of a colonel and then a doctor, that kind of makes people think, ‘Oh my goodness,’ you know?” says Cassandra Washington, the school district’s executive director of career, technical and agricultural education. “He stands tall, but he’s very gentle and he’s approachable, and I think that’s what draws people to him.”

Jones, who earned an MBA while in the Army and an Ed.D. while working as an administrator in the nearby Griffin-Spalding County School District in 2007, reached out to people both inside and outside Bibb County’s schools when he arrived in Macon in 2015. He was the district’s fifth superintendent in seven rocky years.

“What I heard from the community was they did not believe our district was preparing students for the workforce,” Jones says. “Parents and students told me they worried about schools being safe, and teachers and staff members spoke of a work culture plagued with fear and retaliation.”

Jones’s early overtures to the business community helped revive the district’s Business and Education Partnership, which teamed with the Chamber of Commerce to raise some $2.4 million for the Leader in Me program, a K-12 character education campaign that Bibb believes is having a transformative impact on the district’s culture. Jones also helped push through an effort to establish a community credit union branch inside the district that employs students as tellers.

An Everywhere Presence
Seeing the need for more instructional consistency across the district’s 35 schools, he hired two former principals as executive officers to supervise and mentor site-level administrators. He required principals to develop continuous improvement plans and report to him on their progress three times a year. He standardized the district’s approach to reading, with a phonics focus and additional instructional time.

Bibb says Jones’s structural improvements, combined with his ubiquitous presence across the county district, have brought order and direction to the schools.

“He leads outside of his office,” Bibb says. “If you’re going to influence your culture you have to be a part of it, and I think he does a terrific job of that.”

Since Jones arrived in Bibb County, the high school graduation rate has increased each year, achievement levels of students with disabilities are up double digits, all classrooms have received new technology, and retention of new teachers increased 15 percent this year.

“The community is back to believing in what we’re doing for kids,” Washington says. “The water is calm now, where it was almost like a hurricane for multiple years.”

Ministerial Influence
Jones grew up in the parsonage of the Trinity C.M.E. Church in Griffin, Ga., where his father was minister. “The parsonage was attached to the church, so you could walk out of our living room and you’d be in the sanctuary,” he says.

His father also taught high school math and social studies, and his mother was an elementary school teacher, but the church was paramount. “Teaching paid the bills, but their passion was ministry,” Jones says.

The oldest of three children, he sought leadership positions in school, ultimately becoming the first African American elected senior class president in his high school. When he learned of a possible opening for a nomination to West Point, he applied and was admitted.

Jones spent two decades as an Army officer, including stints with the infantry in Germany and as a comptroller in the Pentagon. By 1997, he was leaning toward signing up for another hitch when he returned home to visit his mother. He learned that the director of the JROTC program in Griffin was retiring, and a friend urged him to take the job.

He did, and his wife, Evelyn, was hired as a teacher. The ROTC program was a high-profile undertaking in Griffin, with a quarter of the high school’s 1,900 students enrolled. Jones was soon called on for other tasks – first to lead a discipline subcommittee, then to chair the school improvement committee. He jumped to high school principal, assistant superintendent and, in 2009, his first superintendency.

While Jones does not fit the stereotype of the hard-core military man, he says some of his most cherished values – integrity, loyalty, honor – align closely with Army values.

(Paul Riede is a freelance education writer in Syracuse, N.Y.)