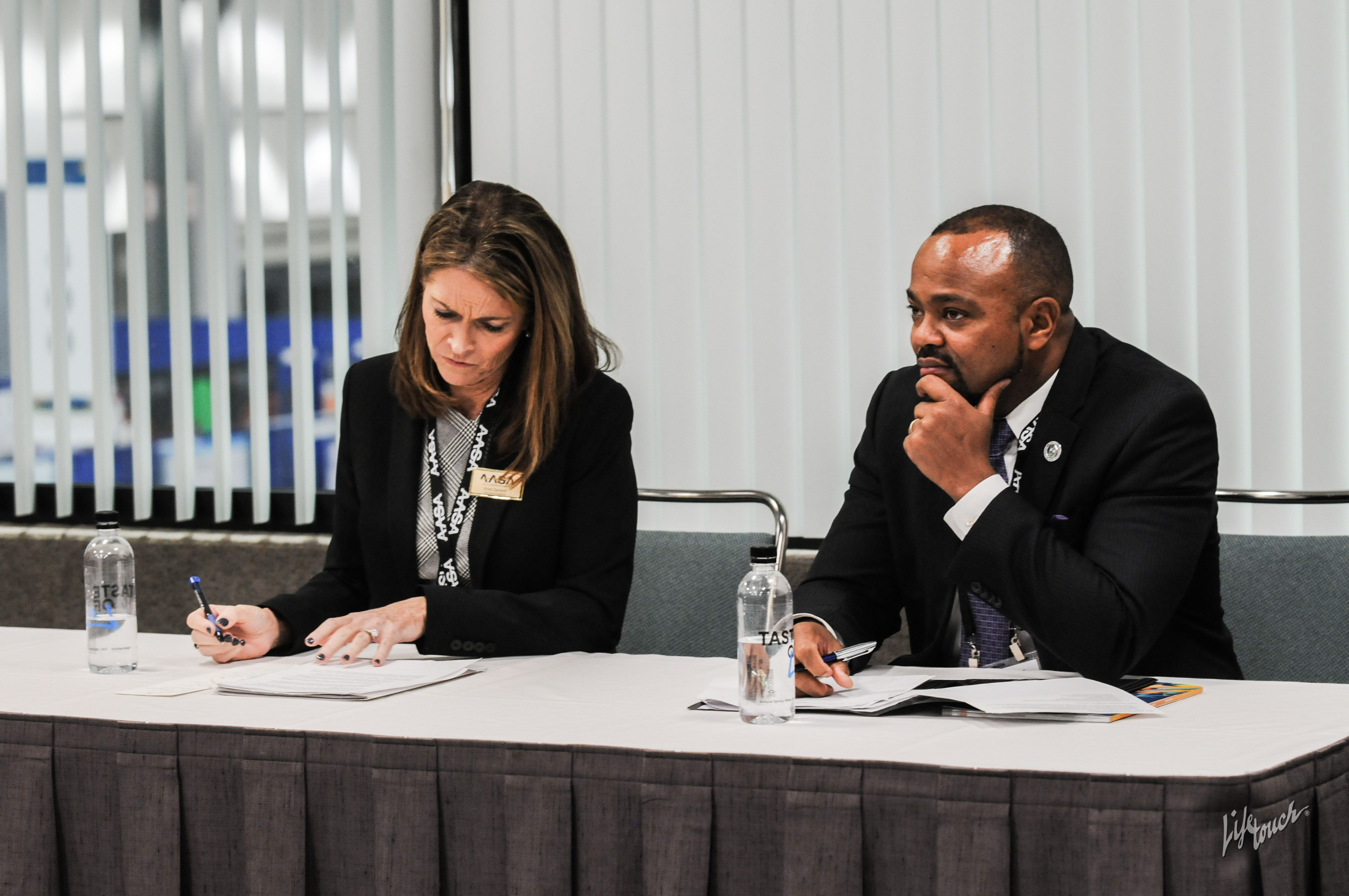 The race for the AASA presidency is being contested during the coming three weeks by a pair of veteran school system leaders in Arizona and New York, and both got a chance to put their best foot forward in front of fellow members at the 2nd General Session on Friday morning.

They promoted their candidacies by talking about their interests in promoting effective leadership in the education arena, addressing equity and influencing the current political and social climate.

On the latter issue, Robinson said the association and its members ought to striving to create clarity in the public’s mind “about the power of public education.” He added: “Let schools be schools.”

Sandvik said her decade of involvement in AASA had led to one essential takeaway: “Relationships are the key to life.”

Later in the morning, the two fielded questions from conference attendees during a candidates forum at the convention center in Los Angeles.

Ballots for the presidential race were distributed electronically to AASA members beginning Friday morning. Votes must be cast before might on March 8.

The winner will serve as AASA president-elect beginning in July. In July 2020, that individual moves up to the association’s presidency.