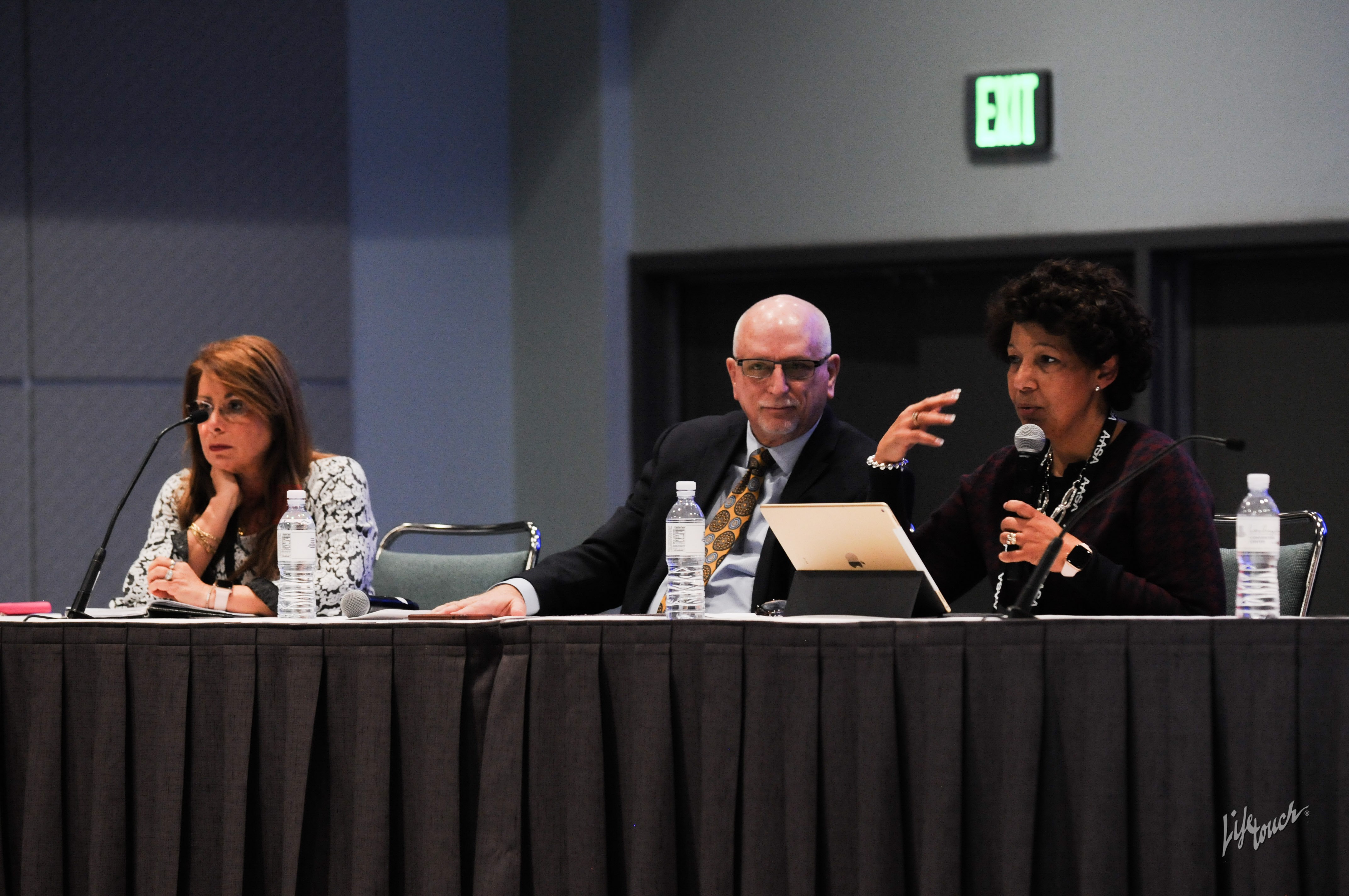 In Charlottesville, Va., when neo-Nazis and white supremacists arrived with machine guns and torchettes on a Saturday in August 2017, the result was the death of a young woman. It proved to be a defining moment in Rosa Atkins’ superintendency.

As the leader of Charlottesville City Schools, Atkins told an AASA conference audience on Friday afternoon that she and Pam Moran, then-superintendent of a neighboring county district, worked jointly on a public statement that “we would have love rather than hatred.”

Their Thought Leader session was titled ”Crisis, Adversity and Tragedy.”

Three other superintendents and an expert from the National Center for Crisis and Bereavement at the University of California also shared their experiences and advice. All panelists agreed that leaders must delegate responsibilities during a crisis because it amounts to a second job.

Atkins reported that the caring and support of students in the MetroNashville, Tenn., schools made an impact. Their song, “We Need Each Other,” has become a positive message and a memorial. Subsequently, MetroNashville students and the district’s 175-member orchestra re-recorded the song.

Elsewhere, Steve Herrington, superintendent of Sonoma County Office of Education in Santa Rosa, Calif., worked 20-hour days after wildfires destroyed six schools, displaced families and resulted in $3 billion in damaged property. He organized himself first, delegated tasks to others, formed squads to respond to issues and checked in with his wife for emotional support. He also demonstrated that he cared about how staff was coping, including providing lunch and time to process the disaster with peers.

Simple self-care makes a difference in the way leaders will feel and leaders should make sure they are eating regularly, taking a shower and putting on clean clothes, Silva said. This advice drew chuckles and nods of agreement from panelists.

After the Newtown, Conn., tragedy where 26 young students and teachers were killed, Janet Robinson, then Newtown’s superintendent, said she stuffed her clothes into the trunk of her car to take to the dry cleaners. It did not happen. What she was unprepared for, she said, was “the volume of people, the volume of media, the volume of gifts (including 500 teddy bears), the volunteers who showed up to prepare our new school.”

The generosity of people as the community regrouped was a positive, said Robinson, now superintendent in Stratford, Conn.

School districts can rely on the National Center for Crisis and Bereavement for free consulting help after an incident. The center has worked with Newtown, Conn., Parkland, Fla., and many other districts. Contact them at 888-537-2722.