Through the Example of John McCain, AASA President Delivers a Conference Message About Seizing Opportunities

By custom, AASA presidents get to use the opening general session of the annual AASA national conference as a speaking platform. Kristi Wilson used hers to deliver “a story of a new school, an American icon and a staff and community that are passionate about future success.” 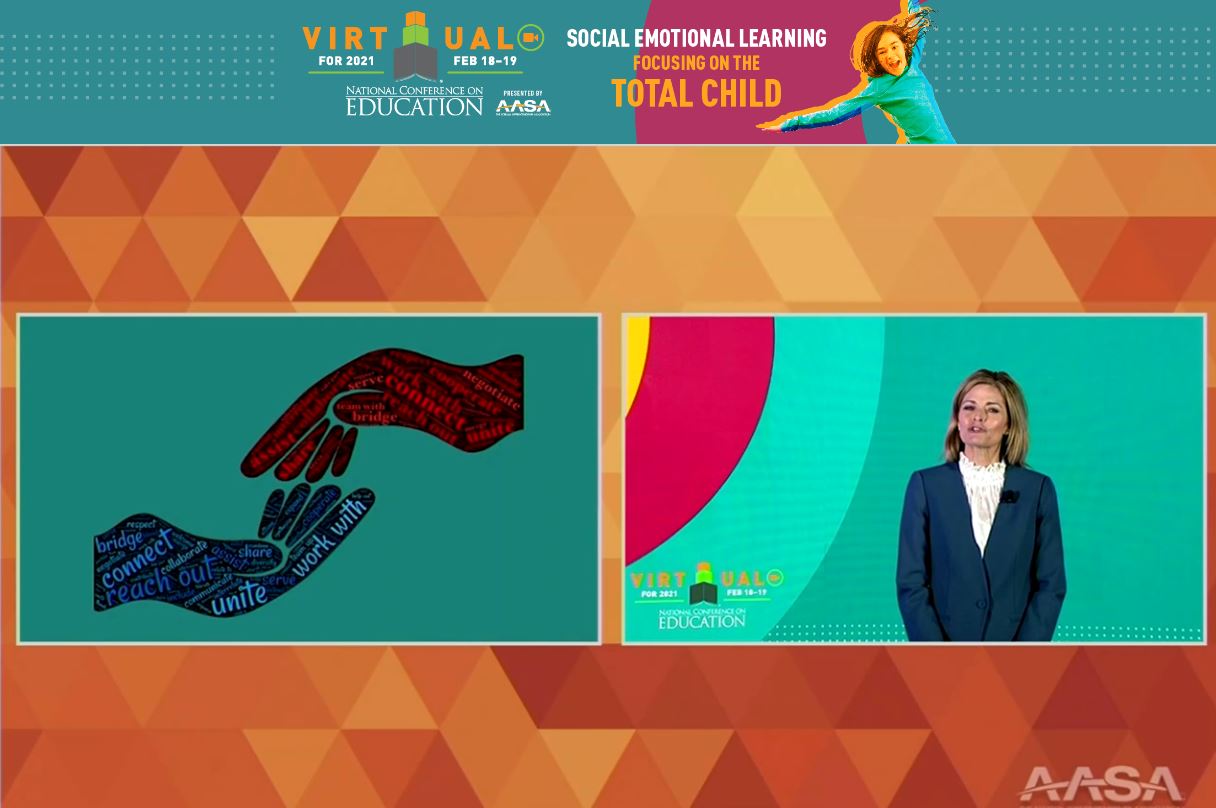 Wilson is superintendent of Arizona’s Buckeye Elementary School District. She serves until June 30 as the association’s president.

In her remarks at General Session 1 on Thursday, Feb. 18, Wilson described the planning of a new elementary school to deliver a message to education leaders about thinking big, looking beyond the obvious or expedient and seizing opportunities.

The school at the center is the John S. McCain III Elementary, which had its groundbreaking back in November. Its planning over the previous year placed 21st century learners at the center by answering vital questions. “How can it embed itself into the very nature of its local community and help to shape the character and disposition of the students in its charge?  How can it motivate and inspire anyone who simply walks its hallways, interacts with its design and experiences its vibrancy?” Wilson said. 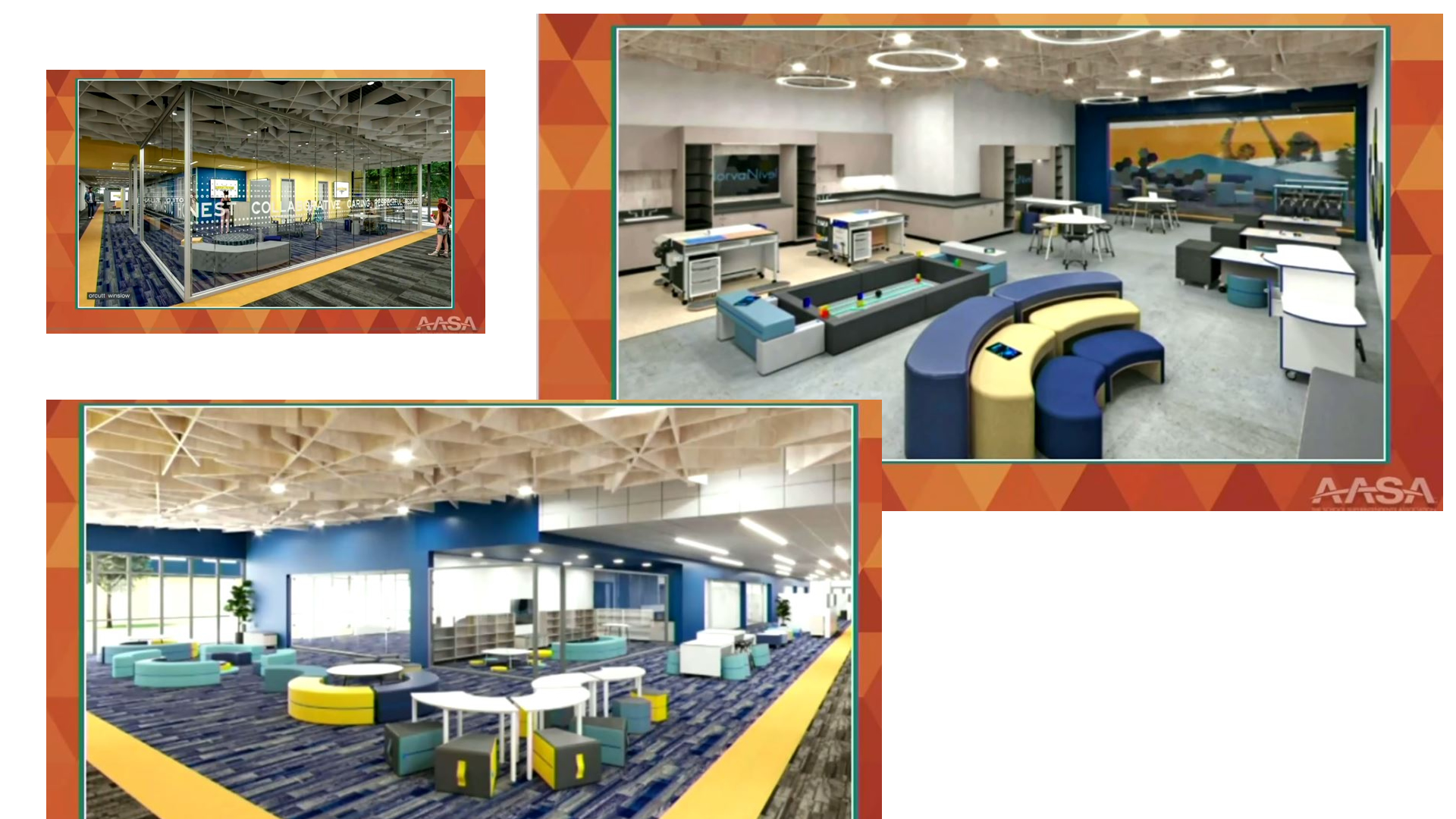 While the school will have a special focus on computational skills, coding and other STEM subjects, the superintendent pointed to the importance of not lapsing into either-or thinking about curriculum or design.

“It is natural instinct to think in binary terms — left or right, Pepsi or Coke, whole language or phonics, and we find our boogey men in these choices.  … We rejected this false choice. A student who attends John McCain will not sacrifice humanities because they learn to code,” she said.

McCain’s leadership qualities and commitment to public service as a longtime member of the U.S. Senate and U.S. Navy career factored heavily into the school’s design features and its focus.

The importance of personal character that McCain espoused, Wilson said, would play out in students learning “how to debate, discuss and potentially fiercely disagree, without attacking the integrity of others.” 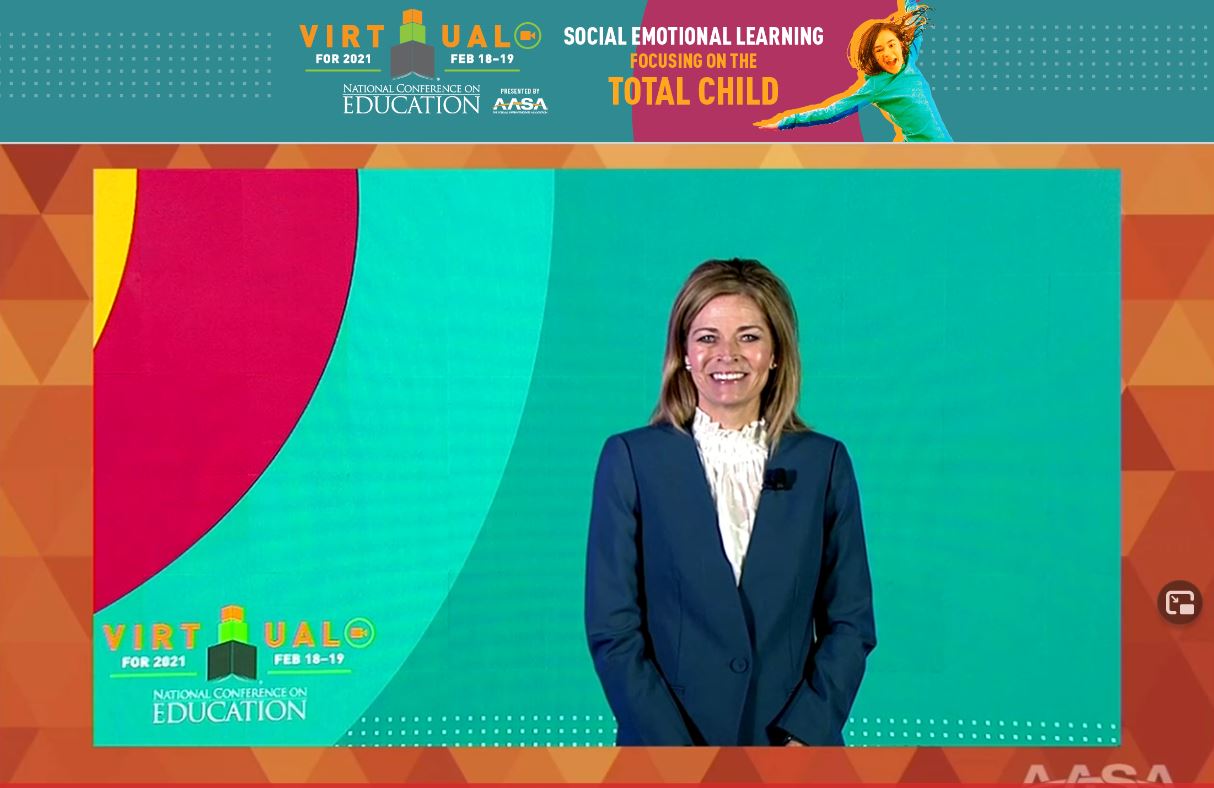 Further, she credited the local architectural design firm, Orcutt-Winslow, for its distinctive approach. “They made a deliberate and strategic attempt to capture what John McCain stood for and what he meant to us, the community, and the state of Arizona itself.”

Wilson pointed to parallels between the programming design of the school and the structural design of the A-4 Skyhawk fighter jet that McCain flew in the Vietnam War.  “At John S. McCain III Elementary, computational thinking can be thought of as the ability that can provide lift, while the human cognitive skills provide control, stabilization and directionality.”

AASA’s president acknowledged that few superintendents today experience the chance to oversee a new facility project, but she said her message ought to carry relevancy regardless.

“In this instance, the opportunity is in the form of a new build, but for you it may be through the allocation of bond dollars, the adoption of a curriculum, or the restructuring of staff and organization,” Wilson said. “All are opportunities, it’s critical to make decisions in the interest opportunity. Never go through the motions.”